Well, I want to say thank you to Dead Acorn.

The only one who began to wonder where I was.

I could have been the all-you-can eat buffet for kitty and not one of you would have noticed? What is the point of having a blog if the world isn't hanging on ones every word? I really thought I was so utterly important that my unexplained absence might have caused at least a few ripples. Were you not all utterly BEREFT without my witty and philosophical musings?? Oh woe is me. 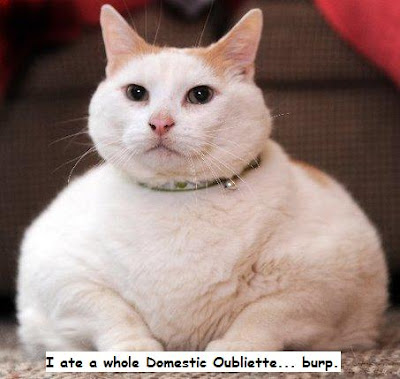 We give out when our American cousins do their whole moral world police thing, but hey, who was looking out for me? Who asked where I was? Yes, the Yank!

I am utterly wounded.

Crying into my keyboard.

Okay, okay, so some of you would have known I was away in sunny Spain for a little break.

Hmmm, and maybe a few of you were aware when I got back that I was a little under the weather and not up to much, esp blogging.

So, Dead Acorn, next time I'm off out of town, I'm FedExing you my spare key, contact numbers etc. I'm sure you won't mind popping round to water the plants etc. You seem a reliable sort. I'm going to also put you down as my In Case of Emergency number, and if I have to make any unscheduled hospital stops, I hope you're ok with it if I put you down as my Next of Kin? I just like the cut of your jib...

Okay, so festering bitterness aside, what else has been happening in the wonderful world of Oub?

Well, I fell over again.

I mean really... We all remember the epic falling into a hedge of a few weeks ago. Well yesterday I didn't even have the comfort of a soft hedgy landing. There I was, having picked the kids up from school, pottering back to the car. The pavement was only slightly uneven. My ankle decided to get all attention seeking and went out from under me. I want down quicker than a cheap whore with a pressing drug problem. 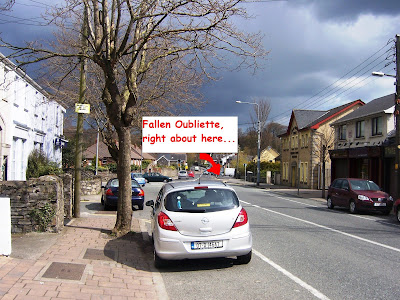 Of course there was a traffic jam right beside me, watching as I provided such delightful prat fall inflight entertainment. Sigh. It was made all the worse by the fact that I was holding Baby Oubliettes hand at the time of tumble and managed to bring her down with me. How thoughtful of me. Oh, it was all in slow mo. I tried painfully to get to my feet, while beside me baby, flat out, cried in the gravel. Mother of the Year, I'm a shoo in.

Thankfully, Baby Oubliette was swapped in the maternity ward with a bionic facsimile. She has the reflexes of a cyborg. Despite falling over with the regularity of most toddlers, she never hits her head. It's a marvel to behold. No matter what speed, surface, obstacle, when she falls, her little arms, and impressive neck muscles always prevent her head making bloody damaging contact with any surface. And if you knew how big the Oubliette heads are you'd be doubly impressed. I once actually witnessed her falling backwards off a kitchen chair, ending up flat on her back on the hard tiled floor - but still she managed to keep her head from crushing contact. She's my hero.

But this doesn't actually stop her from crying. Fair enough.

So, I'm getting to my feet, taking in the rips in my trousers and the blood oozing from my arthritic knees... I'm gradually managing to get to the baby and check her circuits are still functioning. And what happens? Eldest Oubliette child saunters past me.

Middle child had already run, wild and carefree to the car - which was a down the road, round the corner and parked behind the butchers.

But eldest child had been behind me when I decided to become closer acquainted with the pavement. And then he was along side me. And then he was past me. Did he cast a glance in my direction? Say 'Mother dearest, you appear to have taken a little tumble, let me help you up.' Did he even point and laugh at his prostrate and mortified mammy?

He actually didn't notice. Despite the fact that my hitting the ground may have cause a small earthquake and a bit of a tsunami in the nearby weir. The fact that I threw up a dust cloud nearly as bad as Mount EEellfgjghytjdsjurutuy. Flights were cancelled in nearby Weston airport for at least an hour after my fall. 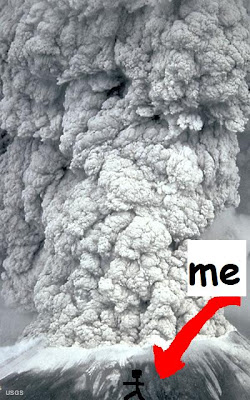 Of course, I can't really blame him. He's inherited this virulent obliviousness from his father. His father who famously slept through his childhood home going on fire and the arrival of a fire engine to his house etc...

But, after all this drama, you'll be glad to hear I made it home okay in the end. A few self pitying emails to hubby later and I felt a little better. I now have the scabby knees of a five year old, and one useless pair of shredded trousers. But I am alive. Not seriously injured.


Not that you lot would care.
Posted by Domestic Oub at 10:56 AM

Only Dead Acorn? Please see post below. Back to ruminate more later.

It's okay Titus. Sniffle, sniffle. Sure, pain and rejection is the bread and butter of the tortured artist. This will just make me an even better writer than I already am. Sniffle.

If it weren't for my childlike innocence and simple naiveté, I'd almost think I detected a tinge of sarcasm there ...

But I understand why you were worried.

My plan was a light and witty post - full of oh-so-funny observations, sophisticated humour and a levity that would please my readers.

Sadly upon re-reading it, it is apparent that it is really more of a bitter self hating diatribe.

meh. you win some. you loose some.

Now that you have fallen over more than once you should sell it to us as performance art.

David, that is a quite brilliant idea. Will you be my agent? It's bound to make me millions.

There you are! Yes, am with Dave on this - poetry and performance art in general are getting extremely popular lately...

Mr VC just asked for you over breakfast as well...

Well, Niamh, that was very thoughful of Mr VC, he is a fine upstanding gent.

What shoes were you wearing? I care, you see. I care...

I once abandoned my mother while she was sprawled out on a dark theatre floor. She had tripped on a step and spewed the contents of her purse everywhere. I let her search for them alone while I found a seat and watched the movie.
Adolescent angst is powerful.

How bad was that fall? Where are you?

Yes where are you now Oub? Out enjoying the good weather growing veg no doubt, ya lucky duck