Kids enjoyed the inauguration. Well, older son did, but half way through younger son started doing half cartwheels around the living room floor. And I don't think they were his expression of his joy at this historical watershed moment. Just bored I guess. When you're six there's nothing revolutionary about what Obama had to say - of course he's going to do his best. Of course he's going to do the right thing. Isn't that how life works? 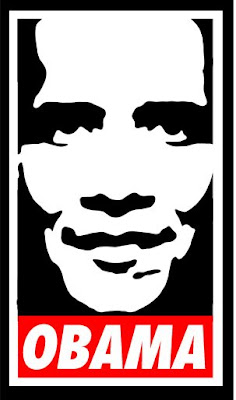 Now a poem to mark the occasion...

Feelings and Thoughts On the Occasion of Barack Obama Becoming the 44th President of the United States of American.

Stumbled Oath.
Hopefully the only
slip up
of his reign.

You can count on me Domestic Oub ...No more slips!

Surprised to hear them singing God Save the Queen - made my day. Pity they didn't know the right words......