So, I'm watching this documentary on BBC4 on Thursday night called 'The Unmistaken Child'.

Fascinating. It's filmed on the Tibetan - Nepalese border and follows the four year search of a monk called Tenzin Zopa as he trudges the highways and byways searching for the reincarnation of his master Geshe lama Konchog. He enters villages and enquires are to whether there are any young boys aged roughly 12 to 18 months living there. Then he hands out sweets and balloons to any passing child. Swop the red and yellow robes with a black suit and a dog collar and I'd have been getting quite uncomfortable at that stage... but no, this monk's devoted search for his former spiritual master was riveting in its quiet spirituality.


So, eventually, he comes across this mucky chubby little chap. The child takes a fancy to a string of beads that had belonged to the departed lama. This apparently is the first sign that monk Tenzin might have found his guy.

To cut a long story short, they put the toddler through various tests and with the Dalai Lamas blessing, pronounced him to officially be the reincarnation of Geshe lama Konchog. Then, they take him away from his mammy and his daddy and everyone and everywhere he knows. He cried. His mammy cried. This viewer very nearly did too.

The documentary ends at about that point, stressing the fact that he'd settled into the monastery really well and was a happy little chappie.

Feeling the need to learn a little more about all of this, I did a little googling. Which brought me to what I felt was the most interesting bit of all. The reincarnated child has the exact same birthday as my middle son. In fact he was born only 12 hours before him. 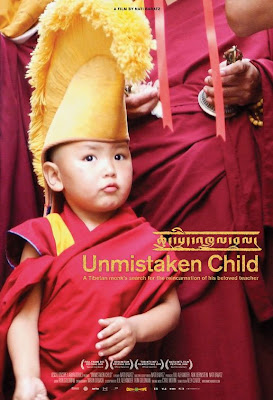 
So, how come Tenzin Zopa never passed my door, dangling beads and looking meaningfully into my baby's eyes? How was he to know that his old master decided to come back only up the road in Tibet? How about bloody miles away in Holy Lucan, Co. Dublin? My boy would make a great lama! Shave his head, pop him in his robes, sure we'd have Richard Gere and (insert other famous Buddhists name here) round in a flash.


In fact, my child is quite the philosopher.

He has his own set of catchphrases (including the unforgettable 'I'm dead' and 'Wah' ) invaluable tools when your line of work causes you to deal with karma, reincarnation and all that other buddisty stuff... 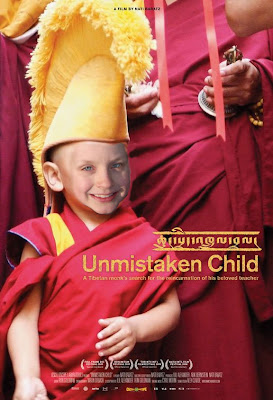 I think he'd look good with a shaved head.

Yellow is his colour (I'm sure the red would suit him fine too.)

So, Zopa, methinks you got it wrong. Send that impostor back to his village and his mammy before it's too late. I'll be waiting. And so will Lama Charlie.

So, in short, you is worried your child may be a Llama?

P. S. Can he introduce me to Richard Gere?

does he eat lamb? if not, then it's definite

DD- Yes, my child is woolly and has a long neck...