It's just so damn busy round here.

I am reminded of that poem 'Epic' by Patrick Kavanagh, one of my fave poets...


I have lived in important places, times
When great events were decided : who owned
That half a rood of rock, a no-man's land
Surrounded by our pitchfork-armed claims.

I heard the Duffys shouting "Damn your soul"
And old McCabe stripped to the waist, seen
Step the plot defying blue cast-steel -
"Here is the march along these iron stones."

That was the year of the Munich bother. Which
Was most important ? I inclined
To lose my faith in Ballyrush and Gortin
Till Homer's ghost came whispering to my mind.
He said : I made the Iliad from such
A local row. Gods make their own importance.

Because it's all a go-go round here - Betty from London! Barry from Hawaii! Banking Bailouts! Bedlam!

But what is really concerning me is a Baby and some Blue Tits. And the devil really is in the detail.

Why oh why am I a slave to such a tiny bird and a tiny baby? 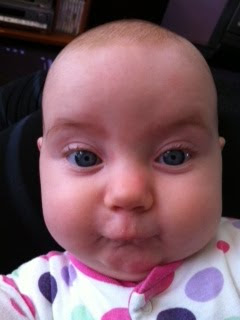 I am the supreme commander of the world! Mwwahahaahah! Mwwahahahahahaha!

I have been trying to garden. We have a First Holy Communion on Saturday and family is due round. While I am in general happy to live with a back garden that looks like an abandoned derelict site - only the winos and crack whores missing - I thought this might be a timely time to pick out a few weeds and make a weak effort to pretty the place up. Especially as the gales we had yesterday demolished my ickle green house and so strewn murdered seedlings were added to the general chaotic mix.

I decided to begin with the weed bed flower bed. But for some reason a pair of Blue Tits decided to actually nest this year in the Bird box we mounted on the wall. Obviously the property bubble in the avian world has gone bust too, otherwise I have no idea why these two are slumming it round our way... 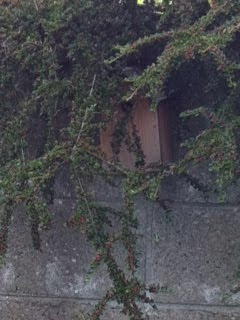 Going for 350,000 Euro only three years ago, now yours for a few earthworms and a grub.

But this has created an unexpected problem.

Every time the mammy and daddy want to go into the bird box and feed the babies, they sit on the wall above me, chirping and looking accusingly down at me. Until I get up, walk back a bit and wait. Then they'll go in a feed their babies. Repeat ad nauseum every ten minutes. And I'm the eejit who gets up every ten minutes to let them do it. Probably because I have my own squalling chick of my own. I really empathise too much. 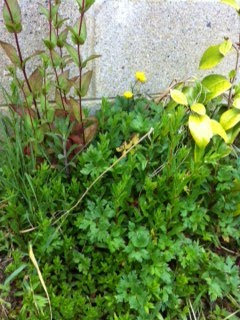 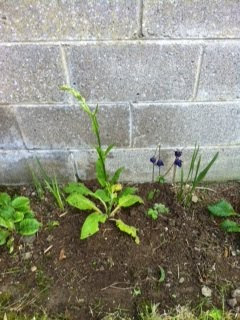 So it makes the weeding very slow going. I may have a foot or two cleared by Saturday.

I did get to see the Queen's Chinooks though. (A privilege only previously shared with Prince Philip. Ho, ho.) 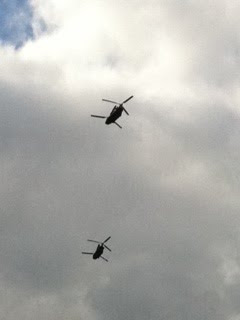 A fine pair of choppers

And of course, through all this I have my own little chick who is as insistent as her feathered friends in her demands for attention. Really, it's just my luck. I had three easy peasy kiddies and then, just as I decided to hang up my ovaries, out pops this little diva. Sure, she's adorable and if I ever decide to enter her in illegal baby wrestling she'll make me a fortune (significant weight advantage -but we'd have to be careful she didn't eat her opponents.)

But she has laid waste to my life! No time for blogging! My allotment is divorcing me. Friends pass me in the street with nary a backward glance I am so unfamiliar to them now.

Ah, but methinks I like to complain. And as my man Paddy said 'I have lived in important places, times When great events were decided' - Sure, didn't she smile at me when I got in from the Scout run this evening. Amn't I actually delighted to be able to tell the mammy and daddy Blue Tit apart and listen to their little babies thrive. I have a garden that one day could be a pleasure. And a baby, despite her crazy ways, is, along with her equally crazy siblings, the centre of my world. 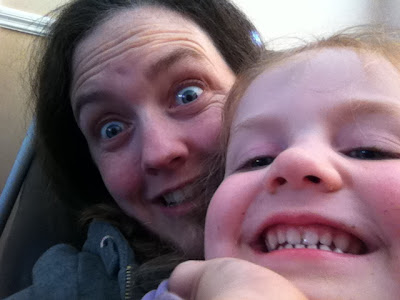 "I have lived in important places, times
When great events were decided : who owned
That half a rood of rock"

That kind of sums it up, doesn't it?

And thanks to Ireland for being nice to Barry of Hawaii. He's far from perfect, but this is a big ship to turn around.

they'd be like gnomes - only cuter, and could help entertain the kids

Oh, Dead Acorn, if you lot had the politicians we have even the Tea Party would cleave Obama to their bosom and beg him never to leave them...

Niamh - Goodness what is it with bird in detress round your house? And don't worry, hold off on directing the winos our way - I'm working on being one myself, so I should be able to fill that vacancy...

Okay, I need your secret. I have 3 bird houses, feed zillions of little birdies all year but none of them want to nest in any of them. Going now to get my tissue! Oh and yes, you have the nicest weeds!

actually, very true what socks says about your weeds too, I'd call them lush. You should have left em!! :-P

Socks, you see the problem is that you have not let your garden return to its natural state... the blue tits here probably thought no one was living in our house as the garden was so bad... no fear that ever happening with your beautiful abode :)