You know how I said I was exhausted last post?

Well, double that and put a hat on it.

Well, except that in a way she hasn't.

Well, she was signed up for a nice little pre-school. Middle Oub child had gone there during his psychotic stage and everyone emerged unscathed (relatively speaking) so we quite like them. So we showed up on Monday. She would have empathised with Patrick Kavanagh's words...

"Oh, Alexander Selkirk knew the plight
Of being king and government and nation.
A road, a mile of kingdom, I am king
Of banks and stones and every blooming thing. "

ie - she was on her tod. Only little monster there.

It was always going to be a small class. Good news. But in a perfect toddler storm, each of her prospective class mate had withdrawn from the class for one perfectly reasonable reason or other. 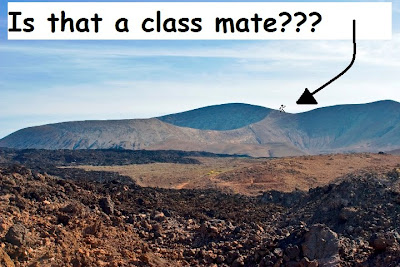 What do you say to the embarrassed child care workers whom you've know for quite a few years?

Not much. You leave your child there and stomp off in a bad, bad mood.

Could this situation get any worse?

Of course it could!

When I returned the required two and a half hours later - the preschool manager had appeared. No special reason, just it was time for her to show her face. But, of course, this being my life, it was a new manager. A woman who I knew. A woman with whom I had a big problem and hadn't seen in about a year. Perfect.

Well, in true Irish style, we both pretended to be delighted to see each other and pretend we hadn't parted on difficult terms! Hurray for denial!

All the while my little darling ran around like a mad thing, obviously delighted to have made out like a posh rich child with their own private tutor, and private classroom, and all the toys in the known universe. Any surprise she had a blast??

So what to do?

Well. We brought her for the past three days. I'm not one to make snap decisions.

I would've been a different person if my playschool had had no one in it. I had to wrangle my first boyfriend away from a younger woman! Oh the humanity!!
Sounds like a good move. Good luck with place two

We're a bit anxious about place number two (by 'we' I meant me) They're a lot more porfessional, and my kids do so much better with half arsed cowboys...

I've have stuck with the first. All this socialisation is much overrated. The world needs more self-obsessed nerds if we're going to progress. I bet Newton and Einstein never had playmates.

Good luck! I can't help but think that playschool isn't much fun if there's no one with whom to play!

Karen - yes! Methinks you've put your finger on the core of the problem :o)

She wasn't quite so keen on the new place today as she wasn't allowed run around as queen of all she surveyed!