So, this c-section is the gift that just keeps on giving... one is not allowed to drive for six weeks after surgery. Apparently lots of people do drive before this deadline, but between my doctor and my insurance company, I'm not going to be one of them. I'm week five. And of course this week I really, really need to be able to get back in the car. Mr Oub has some off-site shenanigans at work, which, ironically happen to be on-site. So, while he has been helpfully working from home for the past eight weeks, now, just short of the finishing line, he's abandoning me for the office.

You could debate whether I really need to get in the car. The Oub boys can walk to school - they may not get there on time, but they'll get there. It's Toddler Oub whose the problem. Montessori is just that bit far. We tried the walk today. Just as an experiment, to see if I could get her to and from school without the need for the car.

It was quite pleasant initially. We had to go over a big bridge over the dual carriage way, which, when you're three and a half, is lots of fun. And then the walk through he village is quite pleasant. It's all old stone walls and trees, a few thatched pubs, that sort of things. 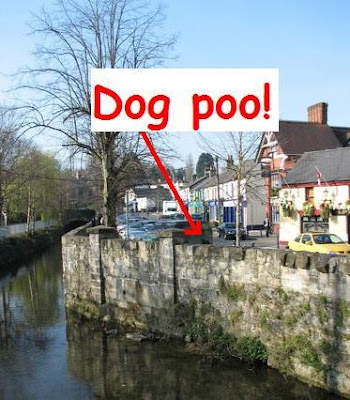 But I made a mistake. I had to alert Toddler Oub to some dog doo doo, so that she wouldn't walk in it. Hmmm. So, for the rest of the journey home all her conversation consisted of was (at the top of her voice) 'Dog Poo!', 'Stinky Poo!' and, when she spotted what she thought a particularly serious offender 'Look mom! Huge Poo!' And remember, I was walking with a toddler - the pace of which equals that of a tranquilized snail. A snail that would be picked last for sports in school. A snail, whom other snails hilariously nickname 'Speedy'. 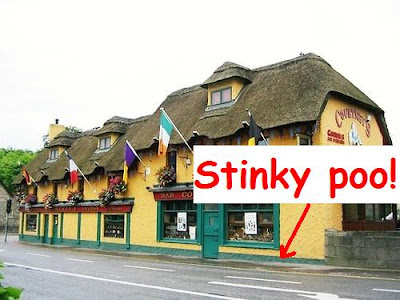 So, a walk that I could have done I reckoned in about 30 minutes took us 60. Interspersed only with 'poo!' 'stinky poo!' etc... Well, we did have one distraction. We passed the chipper - I guess the village isn't all scenic thatch and stone - and she was drawn to the pictures of the burgers and chips. So, we got 'Burgers!' and 'chips!' for a while. And she tried to break into the chipper too. With lusty yells of 'burger!', 'chips' she threw herself against the door. And quite frankly I was underwhelmed by their security as a) two minutes more and she'd have been in (I'm not kidding) and b) despite her impressive efforts, no alarm went off. 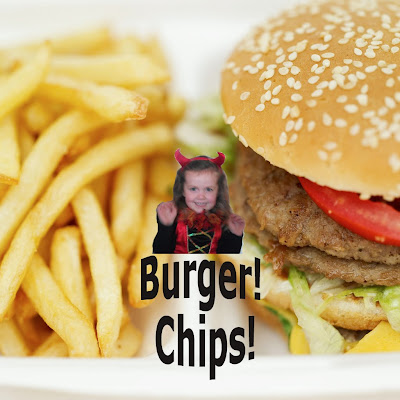 Anyway, I dragged her away from the grease emporium and we trundled on home. We both collapsed through the door, me having probably done more harm to my recovery than if I'd spent five minutes in the car collecting her. She demanded, and was rewarded with, children's tv. (I'm such a shining example of motherhood, with my junk food addicted, tv watching, dog poo obsessed child...)

I think Ill call a taxi tomorrow.
Posted by Domestic Oub at 12:01 AM

Taxi sounds like a good plan. How idyllic the village looks in your blue sky'ed sun dappled pictures... Makes me wonder how many of those other blogger's places that look all lovely on the blogs are actually just cleverly photographed normal-villes.

Oh the snail walk, so quickly one forgets! Too big to go in the buggy, too young for a bike!!!! Stay at home for the next week, make playdough, without any poo! Kids TV is good for them, broadens their horizons. We live in a TV/visual communication world you know!!

Niamh - I think the village is lovely! Though I did reject one pic for being too idylic, didn't want to completely take the piss...

Socks - She found a stick today, had to poke everything with it. We were even slower.

Rachel - yes! And I think I've injured myself with too much walking... they do say 6 weeks before exercising too. Oh well!!!

I think "Speedy, The Stinky-Poo Snail" would make a fine mascot for a school. He at least deserves to be on a t-shirt.

Brilliant idea DA! I shall be putting this idea on paper and submitting it to the local school principal asap.

It has brought back to me those agonising trips to the park, which is all of 500 yards away. By the time we got there it was time for lunch.

My advice. Stay in and keep the tele on.

And on another note, I think all dog owners who let their dogs do poos in the path of walkers should have their noses rubbed in it.