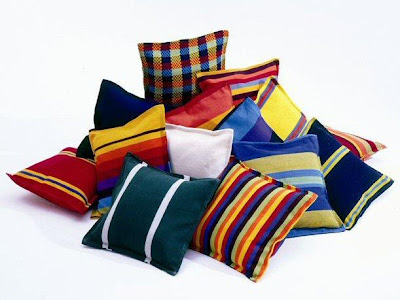 Drama Queen has been giving out that we've all stopped blogging cause Various is off-line. She's right! Its peculiar.

Its not that there haven't been amusing family shenanigans - exhibit a - Was arguing with eight year old son about the capital of Poland. He was swearing it was Gdansk and I was claiming it was Warsaw. He is eight and I have an honours degree from a recognised University. But by the time Mr Oubliette - the walking atlas - came home, I was beginning to doubt myself. Thankfully I was right! There is nothing more satisfying then pointing and yelling 'In your face!! In your face!!' to your first born child...

And what about the musings of our resident philosopher, aka, middle child? Of course he had some gems this week. Once again from the back of the car. He was looking out the window, and asked himself, in a tone of voice that suggested profound metaphysical ponderance, - 'I wonder who the coolest person in the world is?" Pause. "It's probably me..."

So, plenty of material there.

Maybe its because I've been so busy prepping for our first, First Holy Communion? (Also known here as 'The Suit Thing.' My children have the spirituality of a toffee...)

Maybe I've been tired out by busily writing loads on De Novel.

MAYBE I'm just still so tired from the wedding of the year that I'm too exhausted to blog.

That is it. So, in fact Drama Queen is right - it is Various's fault!
Posted by Domestic Oub at 3:31 PM

Maybe its just - no, not laziness, just a kind of ennui that can leave one unable to function creatively. No? I hear you say. I'm working very creatively on my novel!
But then the ennui has passed, you see, because here you are blogging again and making my nightly check on blogs worthwhile!

Ah first borns. Predestined to play every shakespeare's bastard in his canon, simply because they know how to tear things down (i am one). Wow Niamh, for some reason your post comes over as a shouty voice in my head, must be the distance thing.