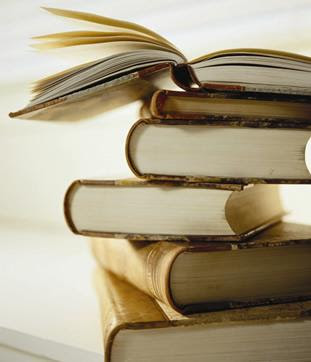 Monday night saw the reconvening of the Millionaire Authors Club, (aka MAC), membership moi and Domestic Oubliettes old college friend who also writes - (from here on in to be known as Doocfwaw, catchy...)

So, we had been meeting regularly in the pubs of Drimnagh and Lucan to encourage each other in the pursuit of completing that difficult first novel. We were making progress that a snail with ME would have been embarrassed with, but still, many pleasant pints and packets of King crisps were consumed.

Then someone fed me after midnight, or should that be splashed me with water, and Baby Oubliette was on the way. I didn't have the ability to wash, never mind create a light and witty chick novel all about the lifes and loves of a group of young Dubliners at a crossroads in their lives.

Skip ahead now two years, and Doocfwaw gave me a buzz. What did I think about getting the old gang back together and giving it another go. He had scaled down the scope of his epic sci-fi book, and was now in a place where he thought he might actually get a book start to finish down on the page. I was delighted to resurrect my unfinished witty book about the life and loves of a group of young Dubliners struggling with unexpected decisions and life changing choices that would affect them for ever.

Seeing as Baby Oubliette is practically of college going age now I had no excuse. So, off to Drimnagh pub we went. We were scared by how empty it was! It used to be full enough on a Monday night, and there was always a couple of loungy staff around to take our orders. But empty. Only a doddery old bloke behind the bar (who practically kissed us and brought our drinks to the table and poured them for us). And so started a conversation about the R word. Eventually we dragged ourselves away from the seditious whispers where Cowen suffered far worse than his trousers round his ankles.

Pleasant surprise - I realised I had nearly 100k words written of the delightfully light and funny book about the life and loves of a group of young Dubliners faced with heartbreaking dilemmas - I thought I only had 80k, so that's a plus right from the beginning.

So, I've committed to a couple thousand words for next time. We'll be industrious and motivated in Kenny's in Lucan with our efforts. If its still in business that is...
Posted by Domestic Oub at 10:11 AM

I just whipped out 80k? Holy moses you keep some dark secrets! Hope sunday with the outlaws not too fraught......... were they still up and waiting when you got in, armed with books and literary kerfuffle?!! See you soon